Wanted to play a little GT5 over the previous weekend. Hooked everything up and turned the PS3 on.

Plugged it into my PC, and everything works, except the wheel. I’m guessing without the calibration routing, the wheel axis will not work.

Measured the power coming out of the adapter and it was a stable 24V, as per the spec on it’s label.

Next I tore into the wheel itself to do a little poking around.

The 1st thing I suspected was the motor driving circuitry. Disconnecting both motors and probing around the vicinity confirmed that I was right, one of the dual MOSFETs in the IRF7103 was a dead short.

Proceeded to remove the FET and see if it’s really dead, or something else on the board had died. 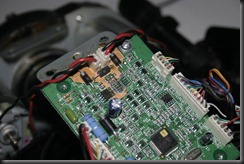 Yes it was dead. Removed and re-probing with my trusty DMM confirmed that. I put both the FETs on order (IRF7342 and IRF7103) thru RS-Components (actually only the IRF7103 had fried, and it was a single FET in the dual FET package).

I then decided to find out what exactly killed the FETs, wouldn’t want my replacement to go up in smoke the second I powered it on, why did the wheel turn 1/4 way before coming to a stop?

Removed a couple of screws and disconnected a bunch of stuff to get the gearbox and motors out where they could be comfortably moved around. I then decided to probe the resistance of both motors. 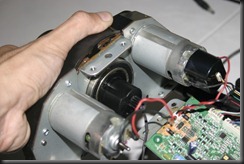 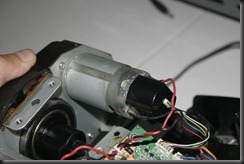 Here you can see that one motor has an encoder (where I guess the wheel actually gets it’s axis signal).

A pic of the reading I got from the motor with the encoder on the back. This is the min resistance (I spun the motor slowly by hand and used the DMM’s min function). 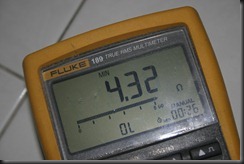 One of the ‘other side’ 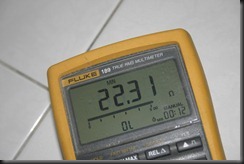 I pulled the motor leads out of it’s connector and tried using the power adapter itself to power the motor with the encoder. Bad idea, a whole bunch of smoke came out of the commutator area and the motor just jerked a little and sat there pretty, whilst more smoke poured out. I quickly disconnected the wires. 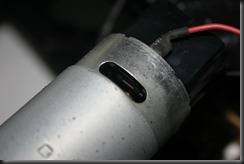 Can’t really see the commutator in this pic, I then disassembled the whole motor so I could see what was going on inside, initially I suspected that maybe a winding was somehow shorted or the brushes were somehow shorting together. 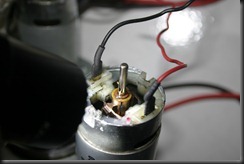 Here’s what I saw after prying the back out. Look at the gaps in between the comm segments. A mixture of oil,grease and carbon has built up inside and I’m guessing is the cause of all the problems I’m having.

I dug through my drawer and found a little pin that was small enough to fit into the gaps and used that to clean it out. Together with some contact cleaner. 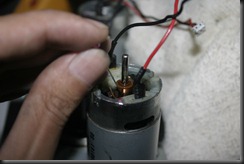 This is the amount of crap that flowed out. 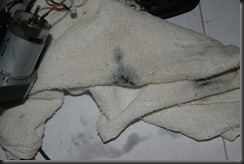 All that black stuff came from the commutator. After cleaning I measured the resistance again. 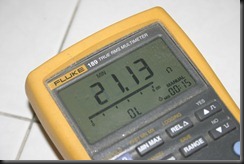 Not too bad I’d say, pretty close to the other motor. For that motor I just sprayed a little cleaner into the comm through the side gap and called it good.

Piecing the thing back together. I had gouged the end ‘tabs’ a little during the disassembly, and ended up just using a small punch to wack 4 tabs back on afterwards, seems to be tight enough to me. 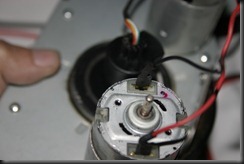 I also noticed a little crack on the encoder wheel and used a little bit of CA glue to stick her back together. The wheel just slides onto the shaft and is held there with friction. 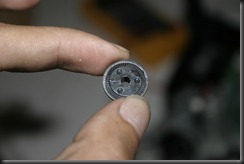 Look forward to Part II where I replace the fried MOSFET and try powering her up! I have the parts on order right now and am waiting for them to arrive.