Finally got the parts in the mail, I left the G25 disassembled the whole week and it was lying on my room floor, starting to get a little obnoxious. Here’s a shot of the broken FET. 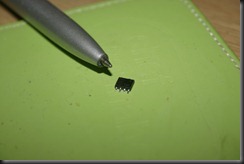 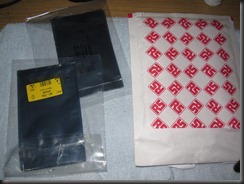 I ordered 2x both N and P channel dual FETs, although only the IRF7103PBF was actually shorted on mine. 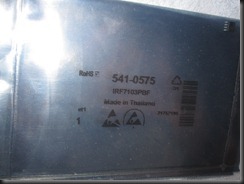 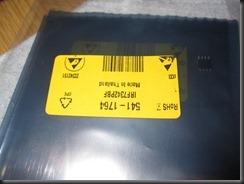 Proceeded to solder the replacement in. 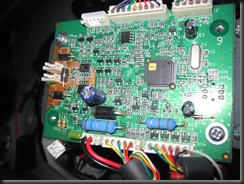 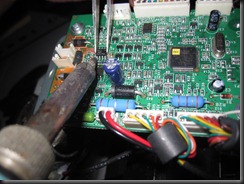 I just held it on top of the pads and tacked on corner on. Then adjusted the whole IC until everything lined up and completed soldering it on. Not the cleanest job, because some of the pads on the board have no mask, so it looks like a couple of pins are shorting, but electrically it’s alright.

I then proceeded to re-assemble the motor and linear gear together. 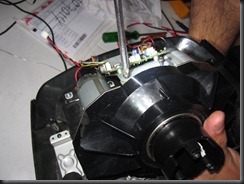 I left the wheel installation out till I could see if the wheel would fire up and calibrate. During re-assembly I just put the linear rack gear somewhere in the middle and ta-da, it worked during power up and could calibrate properly.

There was a little bit of arcing and smell from the cleaned up motor though, I suspect the brushes haven’t bedded in properly yet. I then plugged and unplugged the wheel a couple of times to get it to cycle the calibration process more and that fixed itself. There was also some cogging present initially, that’s also fixed.

Proceeded to finally play some GT5.