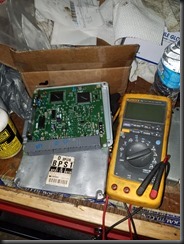 ECU out of it's case and my trusty DMM. 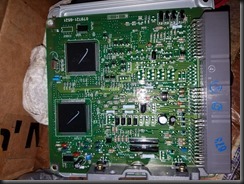 ECU overview, as far as I can tell there are only 3 electrolytic capacitors. 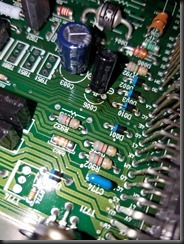 C006 has developed a nasty leak and spilled some of it's guts on the board. 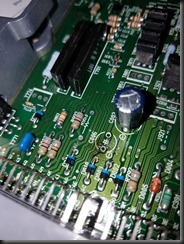 Cap removed, some of the conformal coating around that area was damaged by the capacitor electrolyte. 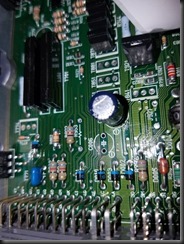 I used some alcohol and then a small fiberglass pen to expose the traces under the corrosion. It looks like there's a break under the small trace to the left and the trace on the right is almost gonna break too. 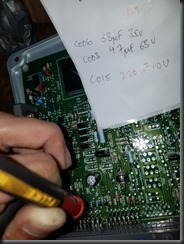 Measuring to find out if it's broken for sure, from that resistor I'm probing with the black lead it goes to 4G on the ECU main connector. 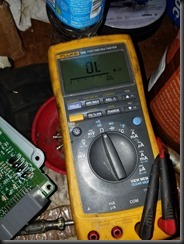 No surprise here it's completely broken, no continuity indicated. I'll go ahead and patch it up later. 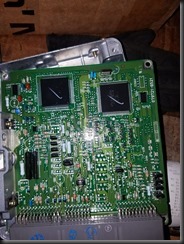 All capacitors removed. I used a manual solder sucker, had to add more solder to some places to get it to completely clear out. 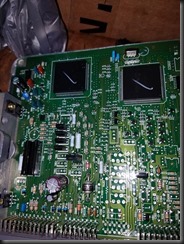 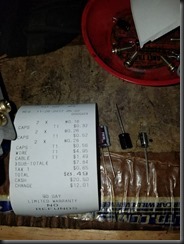 Caps I bought and their prices. I'm lucky there Tanner Electronics near me and they are open on Saturdays. Sweet. 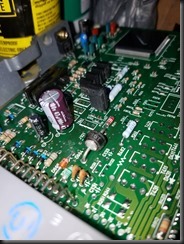 Nichicon and Panasonic caps were used to replace the old. 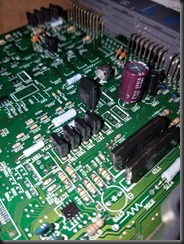 105 Deg rated caps all around. 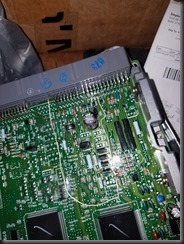 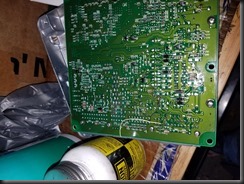 I had to route one wire around the back, as there was no easy way to solder to the ECU socket from the top for it's outermost pins. 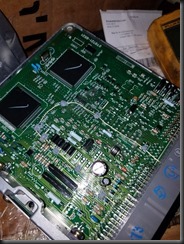 Wires held down with small dabs of Dow Corning 3145 RTV. Stuff is electronics safe. Ideally Kapton tape would be a much neater way to do this, but I didn't have any on hand. 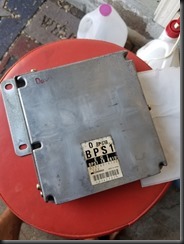 ECU back and closed up. 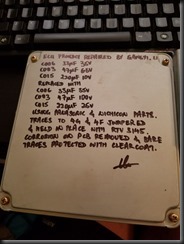 Short summary of what I did on the rear casing. I had to substitute some different voltage capacitors based on what I had available.