Pioneer DV-500 that wasn’t powering up arrived on my bench one morning. Managed to diagnose it down to the SMPSU being dead. Forgot that I’d left my trusty DMM at my workplace, so I hauled it over to the shop to get it fixed.

I found a slightly different model’s service manual floating online, but it utilised a close enough power supply that the schematic and board layout were almost a 1:1.

Here’s a shot of the power supply. Those are some good quality capacitors they’ve put on there. 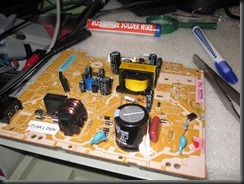 The standby voltages were ultra low (1v for a usually 3.3v supply), and was oscillating. In the service manual there was a block diagram, some troubleshooting flowcharts as well as the full schematic. 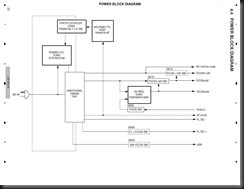 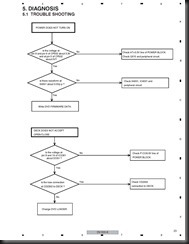 I checked everything around the 3.3v supply and couldn’t find anything wrong, the main controller IC was getting the right amount of voltage from the bias winding (around 13V), was scratching my head for abit and then decided to test everything to see if something was shorted, causing the PSU to not come up.

Very quickly I managed to find a shorted secondary rectifying diode, it was on the 5v line, I desoldered it out of the circuit and confirmed it was a dead short, these things are known to fail. 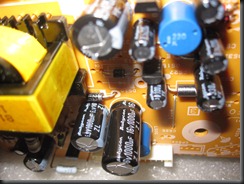 I repowered the PSU, expecting it to come back online since regulation was done on the 3.3v rail, but no, the bugger still wouldn’t come on.

This was when I decided to give up on the block diagram (it wasn’t showing everything) and use the schematic. Finally it became clear that there was protection on the PSU that prevents the outputs from coming live if any rails had low or missing voltages. 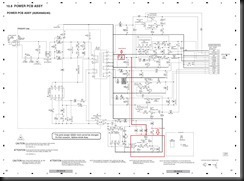 PNP transistor Q506 prevents the power supply from fully coming on if the voltage at the base is lower then the emitter, the emitter’s voltage in this case is regulated by zener diode D523 to around 3.6v, so anything lower then about 3.0v will cause it to conduct and through the optocoupler, shutdown the supply.

In this case the base is indeed lower then 3v, about 0v in fact, due to the missing 5v rail. Once I figured this out, I tried lifting one pin of D522, which ‘feeds’ (can’t really say feed here, it’s more like leak), to the base of Q506. 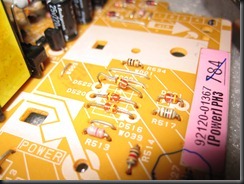 That finally made the power supply start up, and the other rails measured good, confirming that the shorted 5v diode was the only bad component. I couldn’t located an exact replacement, so I dug one out of an old PC PSU (which is a lot beefier then it really needs to be on this PSU). 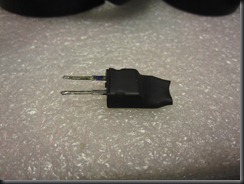 I put some heatshrink on the metal tab of the diode, to prevent it from shorting against anything on the board. 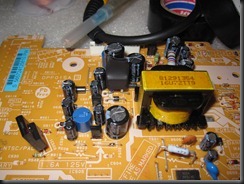 Here it is in it’s new home.

Pieced the entire DVD player back together. 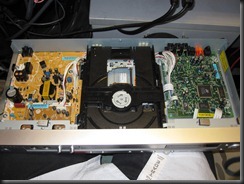 The DVD player uses a Mediatek 1389 SoC to do all the decoding, pretty famous for it’s DVD-VIDEO, DVD-AUDIO, Super Audio CD, DivX, WMA, WMV, JPG, MP3, and MPEG4, as well as its high-quality Pal-to-NTSC and NTSC-to-Pal conversions. Ah well, blu-ray is all the rage nowadays.

Anyways it works properly now, –1 DVD player in the landfill. 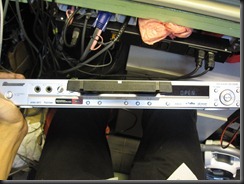